Adhesives and Grouts For Tiles

Salisbury Tile Store has researched the UK’s leading suppliers of grout and adhesives for tiles, and are pleased to be stockists of Palace Chemicals, Tilemaster, CRZ 64, and Mapei. With the backup of the technical support teams from the individual companies, we feel that we have the most comprehensive range of products available for all your tiling needs.

It doesn’t matter what surface you are tiling onto, we have the solution for you 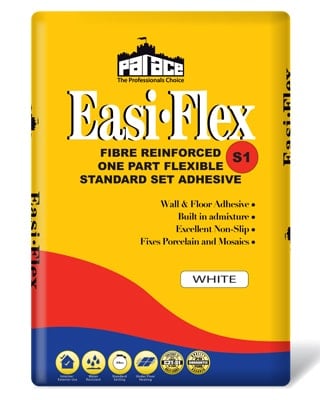 Powder adhesives for tiles are generally floor adhesives, although as stated are used on walls. they are advised on walls on any tile over 30x45cm, because on the dispersal adhesives, the moisture will never fully shift from the centre of the tile, leaving a point where the tile is never fully adhered. Powder adhesives are usually modified to suit the substrate and tend to have accelerators to increase the drying time. Many of them will accept foot traffic within three hours of laying. There is a powder for every occasion, wither it is wooden flooring, concrete flooring or even gypsum-based flooring, we have a product.

Adhesives are used to adhere the tile to the relevant surface, and generally walls use dispersal types of adhesive, or tubbed adhesives.

These are pre-formulated and used directly out of the bucket, which gives you a longer tiling time, and makes it easier to rectify mistakes.

The adhesive dries by the dispersal of the moisture from behind the tile, which means that generally you cannot grout immediately. This longer curing time means that most professional tilers would prefer to use a powder mix, for its increased setting time. However, tubs are still used in kitchen tiling because of the more intricate tiles used there. 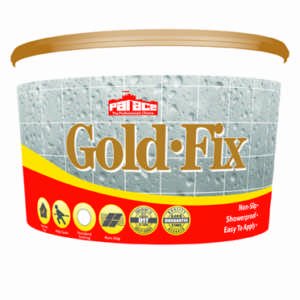 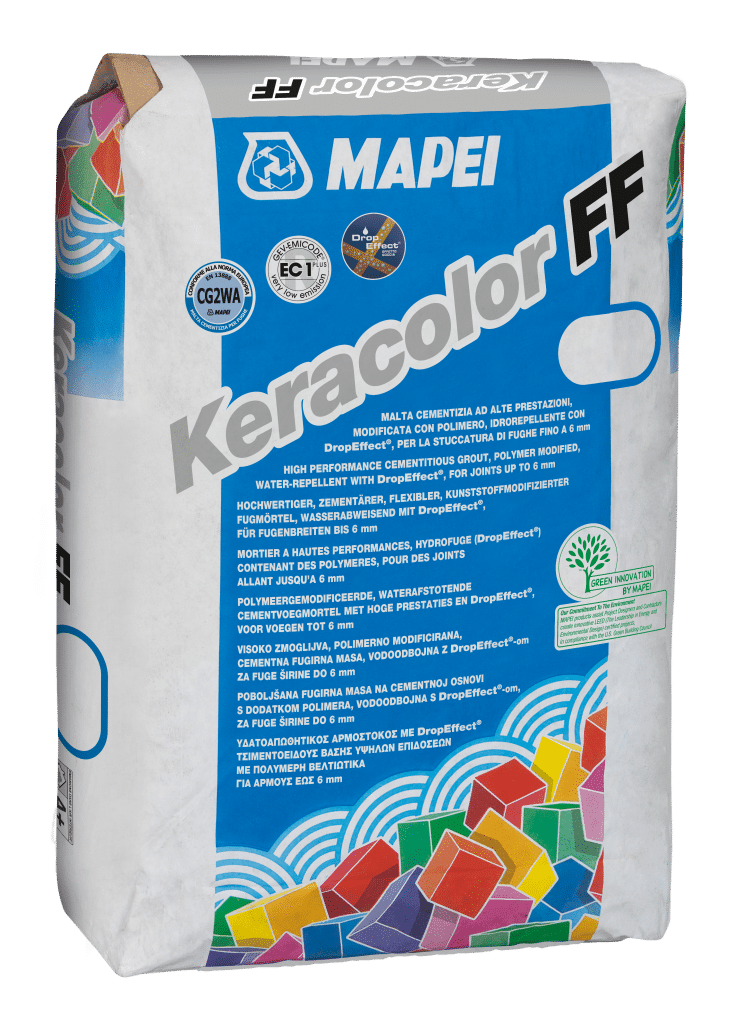 Grout is the product that fills the gaps between the tiles, and generally enhances the look of your tile, and in this respect, we have access to one of the most comprehensive colour palates and styles of grout available. From white to sky blue, we can get it, even if you want a glitter finish, it is available. We even carry a comprehensive range of matching Silicon, the bulk being in standard but some in Low Modulus, for natural cure.